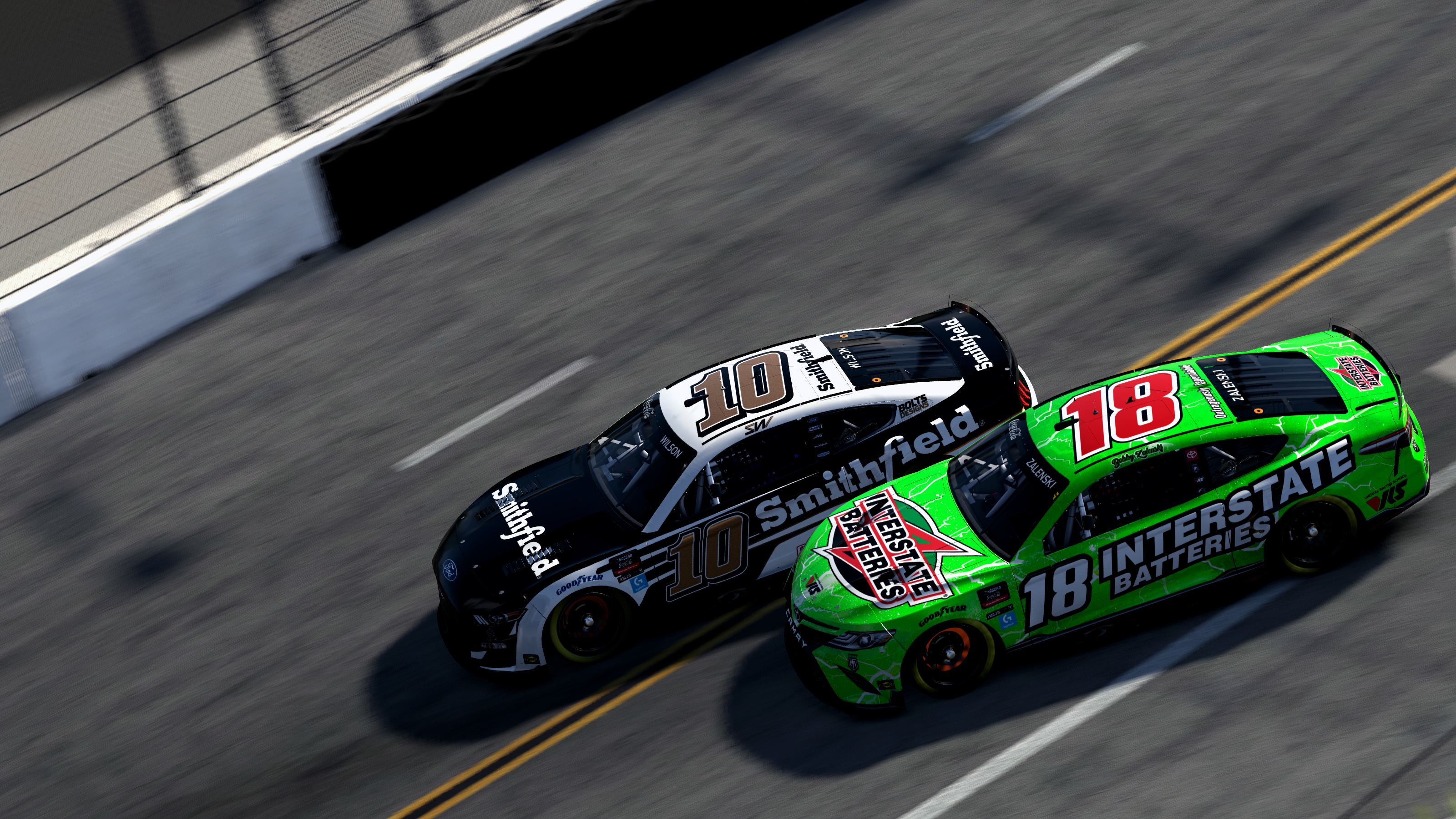 Fresh off the announcement that the NASCAR Cup Series will be heading to the streets of Chicago next season, the eNASCAR Coca-Cola iRacing Series took to those same streets virtually on Tuesday night (2nd August 2022) for the 2022 eNASCAR iRacing All-Star Race.

After a full night of racing, including an All-Star Open, a heat race with an invert and the 16-lap feature event, Steven Wilson (Stewart-Haas Esports) was once again victorious after a night of turning both left and right.

Wilson was able to pass Matt Bussa (Mode Motorsports) before the competition caution and hold off Bobby Zalenski (Joe Gibbs Racing) afterwards to win the top spot. The win earns Wilson four tickets to a NASCAR race of his choice plus a chance to drive a stock car in the NASCAR Racing Experience.

The Chicago Street Circuit will be the NASCAR Cup Series’ first official venture into street course racing as it was added to the 2023 schedule. A joint effort from iRacing, NASCAR and the City of Chicago allowed for the venue to be laser scanned and built into the simulation last year.

Last year, the eNASCAR iRacing Pro Invitational Series put what once was the fictional Chicago course on display, a race dominated by James Davison. On Tuesday, the eNASCAR pros were all given the chance to take on the 12 corner course.

Garrett Manes (Elliott Sadler Esports) took the pole in the 15-driver All-Star Open. The field was comprised of at least 21 eligible drivers that were not already locked into the All-Star Race, but six drivers were unable to attend.

At the start, Dylan Duval (Stewart-Haas Esports) was able to take advantage and control the race. Parker Retzlaff (RFK Racing) followed through into the second spot as Manes fell back to third. Blake Reynolds (Jim Beaver Esports) and Brian Mercurio (LETARTE Esports) rounded out the Top 5.

The Top 5 drivers would advance to the All-Star Race, but for the most part, it looked as though those five would move on. Zack Novak (Rise Esports), Michael Guest (Jim Beaver Esports) and Corey Vincent (Team Dillon Esports) all came into the race hoping to advance, but were all caught up in some wrecks.

After the competition caution, the five drivers again pulled away from the field. On the final lap, however, Manes and Duval made contact, allowing Retzlaff to take the win. Manes fell back to fourth behind Reynolds and Mercurio and would still advance. Duval, however, fell too far back and Dylan Ault (LETARTE Esports) took the final transfer.

THE BATTLE FOR THE INVERT

While Duval was none too happy with Manes, vowing to pay back the favor later down the line, Manes would be racing for the top honors in the All-Star Race. Mitchell deJong (23XI Racing) took the pole position for the heat race, the results of which would invert the Top 8 finishers for the main race later.

The heat was the tamest race of the night, although some favorites did find themselves in trouble through the eight lap showdown. Bob Bryant (formerly Kligerman Sport) made his return to eNASCAR Coca-Cola iRacing Series competition, but found his time in the race more difficult than he expected.

About halfway into the event, Vicente Salas (Williams Esports) got a run on Bryant in one of the fastest sections of the track. Bryant couldn’t slow down in time and barreled into the tire wall, ending his chances at a good starting spot for the main.

Other hopefuls like Garrett Lowe (Wood Brothers Racing) and Ault found themselves lapped as well after sustaining damage during the heat. While deJong went on to dominate, the real battle came down to the final invert spot in eighth place.

Steven Wilson found himself in seventh, but behind him, Bussa and Casey Kirwan (XSET) were battling hard for position eight. On the final lap, the two made contact multiple times. Near the end of the cloth, their battle allowed Manes to catch them and show his nose for the battle.

Bussa held strong and was able to take the final invert spot, moving him to the pole position for the main event, a 16 lap finale (with a lap 11 competition caution) for all the marbles.

MAIN EVENT COMES DOWN TO THE WIRE

Despite an admitted lack of practice, Bussa was able to take his No. 75 Ford Mustang to the lead at the start of the main event and held it there longer than anyone expected, even himself. The invert didn’t work out for deJong as he was out early on, caught up wrecked with Michael Conti (JR Motorsports).

Behind Bussa, Wilson and Zalenski were battling hard to set themselves up to be able to take the lead. Wilson stayed patient behind Bussa, but Zalenski was chomping at the bit to get around them both and set sail around the virtual Chicago streets.

With a competition caution coming at the end of Lap 11 and thus one last restart with everything on the line, Wilson made his move that very lap. Entering Turn 6, Wilson went left and made up nearly two car lengths entering Bussa. He didn’t quite clear, but Wilson squeezed Bussa and the pass was made.

The caution restocked the field for one last go. Bussa didn’t get off the line, and before too long, his chances of winning were over. Zalenski leap frogged into the runner-up spot and put all of the pressure on Wilson.

Off of the 12th and final corner, Wilson’s shallow entry allowed Zalenski to get alongside. The two stayed off of each other, and Zalenski’s tires slipped just enough for Wilson to take the advantage back and cross the line first, winning the 2022 eNASCAR iRacing All-Star race.

NEXT UP: 2022 REGULAR SEASON’S PENULTIMATE BATTLE AT WATKINS GLEN

It’s back to points racing again in two weeks when the eNASCAR Coca-Cola iRacing Series returns for Race #13 at Watkins Glen International. Last season, Graham A. Bowlin was able to hold off the likes of both deJong and Zalenski for his first career win and his ticket into the 2021 playoffs.

With only one spot left at the moment and two races remaining, the 2022 Playoff picture could get even crazier with folks like deJong and Zalenski still looking for their first win of the season, which would also be their punch into the 2022 playoff grid. With the Regular Season finale at Darlington in four weeks, many winners still can’t call themselves safe, especially if WGI produces a 10th winner of 2022.

Tune in at 8:30 pm ET on August 16th to see the final road race of the season. The penultimate Regular Season event will kick off with the Countdown to Green for a half-hour before the main cast starts at 9:00 pm ET. The broadcast will be available at eNASCAR.com/live or on the iRacing Social Channels.